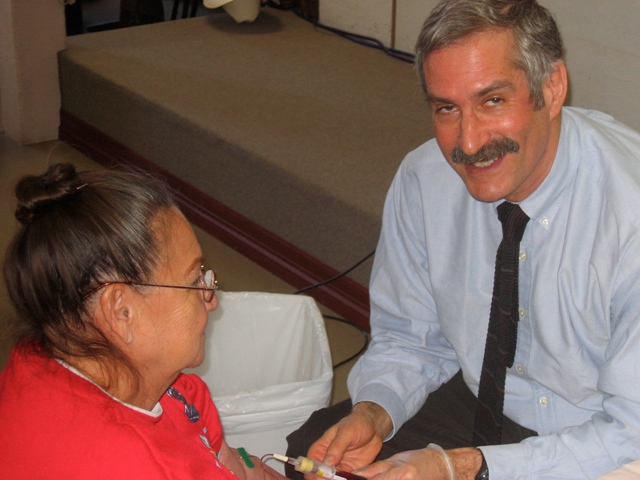 NEW YORK (JTA) -- In 1995, Demetrio Valdez, his wife, Olive, and some of their neighbors in Conejos County, Colo., started a kosher food co-op.

“We wanted to harvest our own meat, but we couldn’t get a good price for it, so we decided to do it kosher to make more money,” said Valdez, 64, who has raised cattle all his life.

The co-op members, all non-Jews, flew in a rabbi from New York to instruct them in kosher slaughter. To Valdez’s surprise, many of the practices introduced by the rabbi were ones that Valdez, a Catholic, had grown up with and maintained on his ranch.

“I saw that we do a lot of things the same,” he recalled. “The rabbi was surprised, too.”

Financial woes and a fire forced the co-op to close soon after it started, but Valdez’s experiences with the rabbi -- the first Jew he had ever met -- lingered.

Since childhood he had heard rumors that his family had Jewish ancestors dating back to colonial New Spain when, as historical records show, a good number of Converso Jews -- Jews and their descendants forcibly converted during the Spanish Inquisition -- came to the New World. Many of the Conversos who had made the trek over had become Catholics in name only. They were Crypto Jews who in traveling across the Atlantic were attempting to flee the Inquisition.

“My parents never spoke about it, but everyone knew there was something there,” said Valdez.

Now a new study in the Journal of Human Genetics has turned up fresh scientific evidence that the Spanish Americans of the Southwest must have had some Jewish forbears.

A group of researchers in the United States and Ecuador analyzed DNA from two communities who trace back to Spanish colonial times: one in the San Luis Valley of southern Colorado and northern New Mexico, which includes Conejos County, and one in the Loja Province of southern Ecuador.

The study found “observable Sephardic ancestry” in both communities and calculated Jewish ancestry among the Lojanos at about 5 to 10 percent and among the Spanish Americans, also called Hispanos, at about 1 to 5 percent.

“This study provides firmer evidence for what people have been conjecturing for up to 20 years now,” said the study’s director, Dr. Harry Ostrer, director of genetics and genomic testing at Montefiore Hospital of the Albert Einstein College of Medicine in New York.

Over the past several decades, scholars have been pursuing stories like Valdez’s and claim to have found remnants of Crypto-Jewish practices in communities in the U.S. Southwest and Latin America. Some Hispanos and Latin Americans also have come forward to claim a Crypto-Jewish past, with a small number embracing a Jewish identity outright.

“The ancestry is really dispersed throughout the communities,” Ostrer said of his findings, which also concluded that along the maternal line, Native American ancestry is as high as 30 to 40 percent.

“You can’t say person A has Jewish ancestry and person B does not. These genes were introduced some 500 years ago,” he said. “Originally there was a fair amount of intermarriage, and then the communities remained isolated.”

As the historical hypothesis goes, once the Inquisition arrived in the New World, Crypto Jews pushed on to the remote corners of the Spanish empire, such as New Mexico and Colorado, to escape the Church’s reach. The San Luis Valley and Loja -- both located in the farthest corners of what were once Spanish holdings -- would therefore be expected to have discernable Jewish ancestry.

But the groundswell of interest in a Crypto-Jewish past among those of Spanish origin, particularly in the American Southwest, also has sparked controversy. A number of scholars have vociferously disputed any present-day evidence of Judaism, arguing that practices reported as Jewish had their origins in Seventh-day Adventism or fundamental Christianity.

“It certainly wasn’t my intention to take sides in this argument,” said Ostrer.

Rather, he and his team were, in part, picking up on previous genetic and clinical studies that found something surprising: Genetic mutations viewed as predominantly Jewish for a number of diseases, like breast cancer or Bloom’s syndrome, were popping up at a notable rate among Hispanos.

A mutation for breast cancer called 185 del AG that is much more common among Ashkenazi Jews than other populations, for example, turns out to be prevalent among Hispanos as well. According to Dr. Paul Duncan, a medical oncologist in private practice in Albuquerque, N.M., only his Hispano and Ashkenazi Jewish patients carry the mutation.

This surprising overlap between Jews and Hispanos is the basis for a new book, "The Wandering Gene and the Indian Princess: Race, Religion, and DNA," by Jeff Wheelwright, to be published in January (W. W. Norton). Wheelwright, a freelance journalist, helped to set up Ostrer's study in the San Luis Valley.

Curiously, scientists calculate that 185 del AG arose approximately 2,000 years ago prior to any split between Ashkenazim and Sephardim.

In Loja, genetic traces of ancestry are even more apparent. Scattered across the remote villages of the province are nearly 100 people with Laron syndrome, which is marked by a severe short stature. When Dr. Jaime Guevara-Aguirre, a diabetes specialist based in Quito, Ecuador, who collaborated with Ostrer on his study, first began treating this group in 1987, the referring physician told him that legend had it that these people all descended from the same Sephardic Jew who had come over with the explorers. 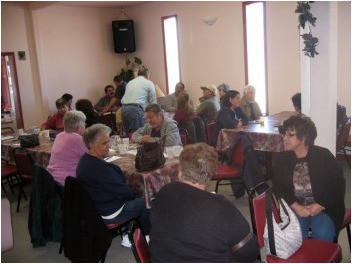 In 1992 and 1993, scientists discovered that all Lojanos with Laron's carried the same mutation and shared it with one person in Israel and nine others in Latin America.

“When I saw this I thought there is a strong possibility that the story was true,” said Guevara-Aguirre, because “what are the chances that in the billions of nucleotides the same mutation would happen twice at random? But Harry’s study confirms it for the first time.”

Ostrer’s study stands out from previous studies in its scope. It is the first time that any researcher has looked beyond particular disease mutations or shared individual genetic markers to view the entire genome for large chunks of DNA that indicate shared ancestry.

“Statistically it is very difficult to see it any other way” other than that “these people [in Ostrer’s study] were descendant from Conversos,” agreed Duncan.

Back in the San Luis Valley, Maria Clara Martinez, a retiree who edits the local paper, La Sierra, said she wasn’t “at all surprised” by Ostrer’s findings. A genealogist who has amassed a database of more than 77,000 individuals from New Mexico and southern Colorado extending back to 1598, Martinez explained that everyone in the area is somehow related.

Martinez helped to publicized Ostrer’s study, but did not get tested herself because, she said, “I’m afraid of needles.”

Although she said she never heard of any ancestors in her own family who were Jewish, she has heard others speak of Jewish forbears or family practices. And then there was an ancestor of hers who married a woman from Portugal whose father was tried by the Inquisition.

“Community members were jealous of him, so they reported him, saying he had a tail," Martinez recalled. "He was cleared, but it’s very likely he was Jewish, although it was never proven.”